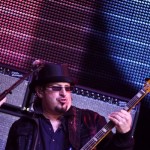 The list of people Danny played with reads like a Who’s Who of the New York, Early gigs saw him playing with Bobby Rondinelli (Rainbow, Black Sabbath), Al Pitrelli (Megadeth, Alice Cooper, Trans-Siberian Orchestra), and John Miceli (Meat Loaf), More Recently Queen and a host of others. Danny aside from his friendly persona is known for laying down some of the most wicked grooves ever. Thanks Dan for Teaching at The Music Station

Prior to BÖC he toured nationally and internationally with blues guitarist Popa Chubby. In between BÖC, Jules can be seen playing a wide variety of gigs. He keeps an active schedule performing and recording with diverse NYC artists. As a clinician, he has performed many clinics nationwide and has a teaching practice at Jeff Denny’s Music Station on Long Island. His talents are recognized with endorsements from Taye drums, Paiste cymbals, Vic Firth drumsticks, Attack drumheads, Hansenfutz practice pedals and The Brite Stuff cymbal polish “I’ve been fortunate to meet and play with some amazing people and musicians. I toured with blues guitarist Popa Chubby. Along with BÖC, you can hear me with some great singer/songwriters like Derek James, Dave Doobinin, Briana Winter and Black Bunny to name a few. 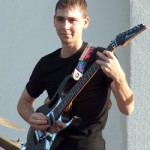 Ryan was born in Brooklyn, NY and moved to Mastic, NY at the age of 5. He picked up the guitar at the age of fourteen and seriously began interested after hearing Steve Vai. Ryan has been playing guitar religiously for 10 years and graduated from SUNY Stony Brook. Steve Vai is Ryan’s major influence along with Jeff Denny as Jeff Denny has taught him a lot about the guitar from fierce licks to the theory behind chords and music in general. Ryan has competed in the Guitarmageddon competition in 2002 making it all the way to the Regional finals and more recently had competed again in 2004 and won the East Coast Regional Finals in Florida and would later go to Dallas, Texas to play in the National Finals. Ryan made it to the top 6 in the country out of 3,500 contestants and played to a crowd of 15,000 people sharing the stage with many of music’s finest players. Ryan Formato has established himself at a young age and is working towards becoming a major player in the guitar industry. His songs are inspired by his family, life, as well as his wife Patricia. One of his songs is dedicated to her and he invites you to listen to the beautiful melodies dedicated to her. Ryan has dedicated much of his life to the instrument practicing hours daily to achieve a high technical ability and a great sense of melody. He will continue to write music to enrich his life as well as the lives of others. 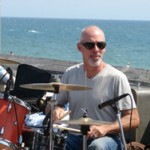 Steve Klein is one the busiest drummers in NY. With over 100 gigs a year and 1200 lessons a year, he still finds time to study and practice.Currently is has the support of Vic Firth sticks and Evans drum heads and can found on the-Vic Firth educational team./ Hes been playing for over 35 yrs and has done thousands of live gigs along with touring and studio work His motto is”Its all about giving back” You can see his love for the drums through his passion for it.

Joseph Freyre is a musician and music educator with a BA in Jazz Guitar Performance from Manhattan School of music and a Masters Degree in Music Education from SUNY Fredonia. He has studied under Jack Wilkins, Mike Stern, Wayne Krantz and others and has taught in various school systems including Patchogue, Shirley and Center Moriches. His emphasis is in jazz/rock electric guitar, electric bass, classical guitar, theory and jazz and symphonic band.
Joseph performs actively with his own band “Souled Out” and has performed in the Manhattan School of Music Big Band, The Michigan Jazz Festival, where he headlined and The Roland Jazz Latin Band 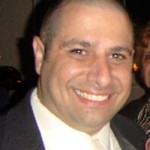 Tru Doty is a multi keyboardist and songwriter from New York, who has enjoyed 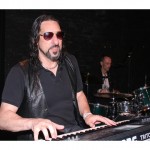 composing, orchestrating and producing songs and music for publishing companies for nearly two decades as well as performing live on stage with some of the greatest musicians and bands. He began performing live, in his first rock band, at eleven years old. He rapidly developed a love for a wide range of styles, including rock, funk, blues, jazz and gospel. From 1984 to 2006 Tru developed his funky gospel blues style on the Hammond B3 in a church setting, where he served as the Music Minister for several churches. Tru has recorded and performed with artists such as G. E. Smith, Roger Earl, Kenny Aaronson, Steve Holly, Mark Alexander, Marty Kersich, Chuck Burgi, Kasim Sulton, Phil Grande, Bobby Rondinelli, Danny Miranda, Junior Mack, and Mark Greenberg, to name a few. 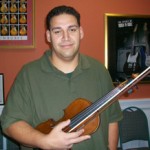 Manny Larios Manny Larios is an active freelance Violin player on Long Island. A graduate of the William Floyd school district, He is currently transferring to Stony Brook University to study music performance. Manny has played with various groups including The Sound symphony, The SCCC Orchestra, Dowling College Symphony and a soloist with the BAFFA Symphony. He has also toured with LIYO in Canada, Scandinavia, England and South America. Mr. Larios enjoys teaching private 1/2 hour lessons at the Music Station as well as playing with diverse chamber ensembles. Call Lori to schedule a free lesson with Mr. Larios. 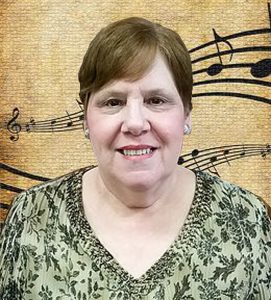 Donna Hailey received her Bachelor’s of Arts Degree in
Music Education for Southwestern College. She went on
to do graduate work at Pittsburgh State University in
Vocal performance.
Donna has studied under many famous vocalists. She
has also been teaching private vocal lessons across Long
Island. Donna has been Musical Director for many years
in various Musical and Opera productions across Long
Island
We are blessed to have Donna at the Music Station 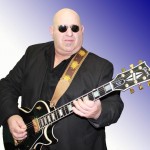 I believe it is a privilege to share my encyclopedic knowledge of songs and guitar styles to any student who trusts me with their education. I recognize each student learns differently and will be inspired by different styles of music. I can teach them the proper theory and techniques while guiding them on a path that will bring out the best in their talents. We will work on a course of study together, created to suit the students abilities and above all..have lots of fun! What sets me apart from other instructors is that I encourage the students to “practice” correctly and guide them through the techniques they must use at home. And I own the Place LOL 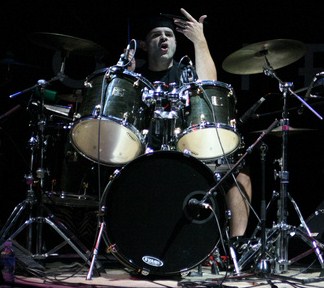